The team of volunteer architects yesterday presented the proposal for the first phase of intervention, which enables three areas. Yesterday they presented the architectural intervention that aims to move towards the recovery of the buildings at La Trapa.

From 1997 to 2012, the GOB held various agreements with the Council of Mallorca in order to turn houses into a hiking refuge in the the “dry stone path”. Unfortunately for the GOB, the years passed (and over time worsened the condition of the buildings) without the Council taking seriously the restoration, hence the lack of better prospects. In 2012 the GOB took the determination to terminate the agreement, and thus do agree with the Council. Recently, the GOB has searched support to help make progress toward the goal of architectural recovery of all La Trapa’s houses and have achieved significant progress. 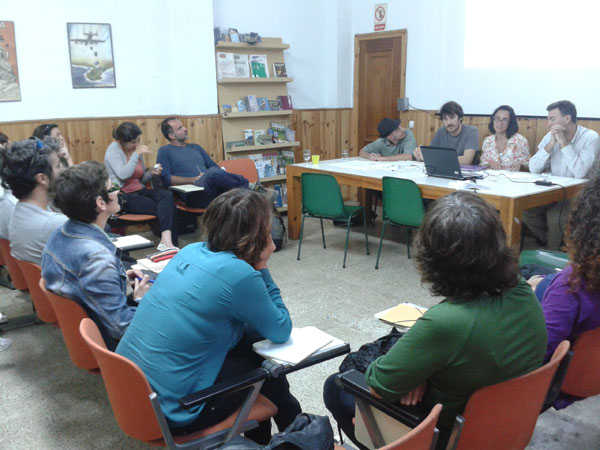 After the disaster of the fire last summer, the GOB formed a volunteer team of architects who have been working on a proposal for restoration, structured and prioritized phases depending on the balance effort/results. Thus, the intervention has been raised in the first section that bought the house furnace, the chapel and the space in the middle, which will strengthen the entire structure .

Thus achieved the rehabilitation of about 140 square meters which can be used as kitchen, accommodation and other uses in order to have spaces that facilitate the management and volunteer within the Community and participatory actions on La Trapa. 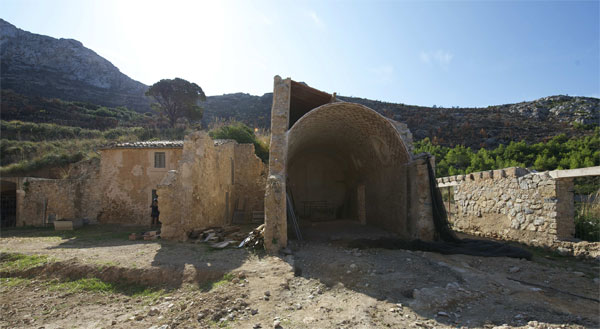 So far, two organizations have already committed to the project significantly: Colonya Caixa Pollença and Santander. With their financial support the house furnace and the rehabilitation of the chapel will be restored, although it requires additional funding for the intervention of the intermediate space, which allows to consolidate the entire structure.

The GOB is thrilled with the achieved progress, since it establishes an scenario in the short term for the facilities that will allow a a group of volunteers who are participating in the recovery of the natural reserve to stay. We greatly appreciate the help of all the people that are involved, and organizations who believe in the need to support this collective project.

This site uses Akismet to reduce spam. Learn how your comment data is processed.